Get to know more about stable money by taking this short quiz.

Who are the ultimate creators of monetary value?

What gave gold its stable value for thousands of years?

Answer: 3. People needed a stable medium of exchange and gave gold this characteristic.

The most prosperous periods in history have been when there was a stable, no inflation, currency instead of a floating currency as we have today.

Except when linked to a source of stable value such as silver or gold governments have for the most part been unable to resist the temptation to debase their currency by printing more.

Answer: True. The first coins in Lydia in the 7th Century B.C. are also likely to be the first example of currency debasement. See Nathan Lewis Gold The Final Standard

Stable Money is good for the economy.

True. For example the decline of Rome coincided with the Nero (54-68) being the first to devalue the coinage of Octavian. Closer to our times the era of the gold standard up until the First World War was one of the most prosperous in history. The English financial journalist Hartley Withers summed up the working of London’s monetary and financial system before 1914 in one word. The word was “perfect”. Nathan Lewis, Gold the Final Standard p.136. 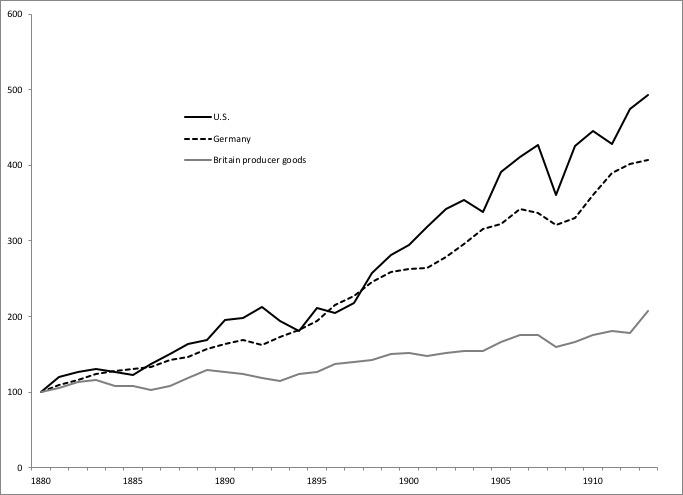 Stable money is good for people.

True. For example real wages in the US peaked in 1971 just as President Nixon took the country off the gold standard. 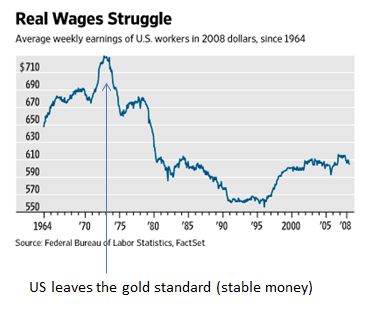 “Nothing places the farmer, the wage-earner, and all those not closely connected with financial affairs at so great a disadvantage in disposing of their labor or products as changeable ‘money’.” Andrew Carnegie. Nathan Lewis, Gold the Final Standard p.222.

“No man of spirit will consent to remain poor if he believes his better to have gained their goods by lucky gambling. To convert the business man into a profiteer is to strike a blow at capitalism, because it destroys the psychological equilibrium which permits the perpetuance of unequal rewards.” John Maynard Keynes 1923 quoted in Nathan Lewis, Gold the Final Standard p.222.

Next article: The Stablecoin Quiz

Is this article helpful for you?

Why this article is not helpful?